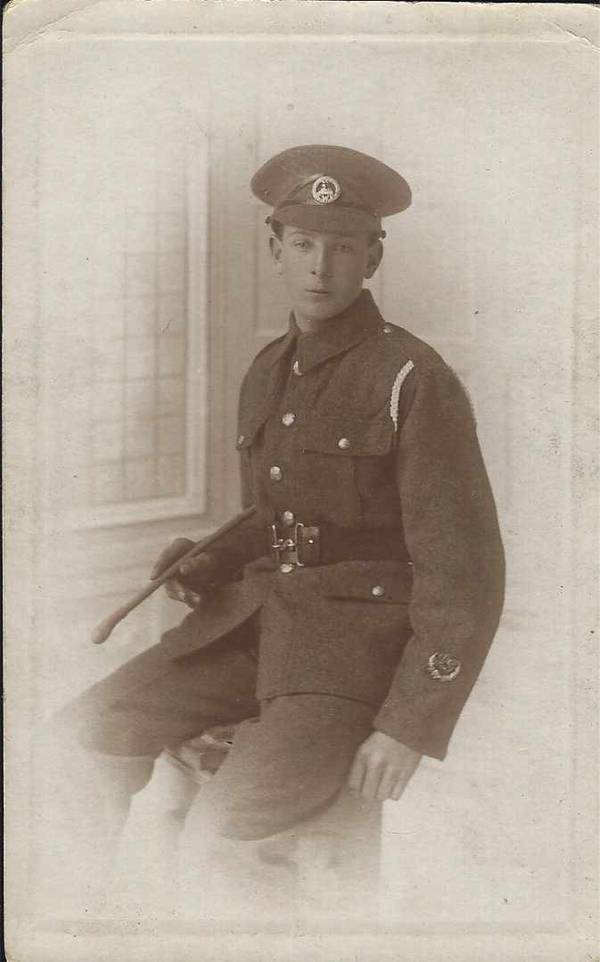 Whilst Pte Evan Rees Jones, son of Mr and Mrs Rees Jones, was home on leave from France, he was presented by the C.M. Church members here with a present of 35s., and he also received numerous presents from friends. Pte Jones has been twice wounded, yet he left home on his return to France in the best of spirits. The parents are proud of this recognition by the Church and friends.  Mr and Mrs Jones have just received a letter stating that Tommy, the youngest son, who recently went to France, and Evan Rees have unexpectedly met and "tears of joy came" is the expression used.  Tommy was off to the firing line on the day the letter was posted.

Much sympathy is felt by all in the district for Mr and Mrs Rees Jones, who have received the news that their son, Pte Thomas J Jones, was killed in action in France on 26 November.

He was home in the first part of October and left for France on the 22nd.  He then met his brother, Evan Rees, who has been twice wounded.  In his last letter home, he said:  “I am going to do my little bit now, Evan has done his.”

The deceased was very popular here and was an honourable, upright boy.  He was a member of the CM Church and just before his departure was the recipient of a money present from the members and of many other presents from friends.  Last Sunday evening, a memorial service was held, when the Minister (Rev E Evans) made sympathetic allusion to him as a faithful, kind, brave and clean living member of their church, with words of consolation and comfort to the bereaved parents and family.  He had “done his little bit” and died in the cause of right, of God, and his country.  Appropriate hymns were sung.

Thomas is also commemorated in the Nazareth Chapel in Llangammarch